Enrollment up 2.4% for top 10 producer of associate degrees in nation

A top 10 producer of associate degrees nationally, with 49,000 students from 158 countries on five campuses, Palm Beach State College needed an inspirational campaign to speak to prospective students, recruit faculty and inspire donors. After naming Ideabar as their agency of record, PBSC launched the Addy-award winning “Level Up” campaign, positioning the university as the choice for students and a community on the rise.

The “Level Up” campaign led to increased enrollment on all five campuses. It was up 2.4% during a time when national college enrollment was slightly down. 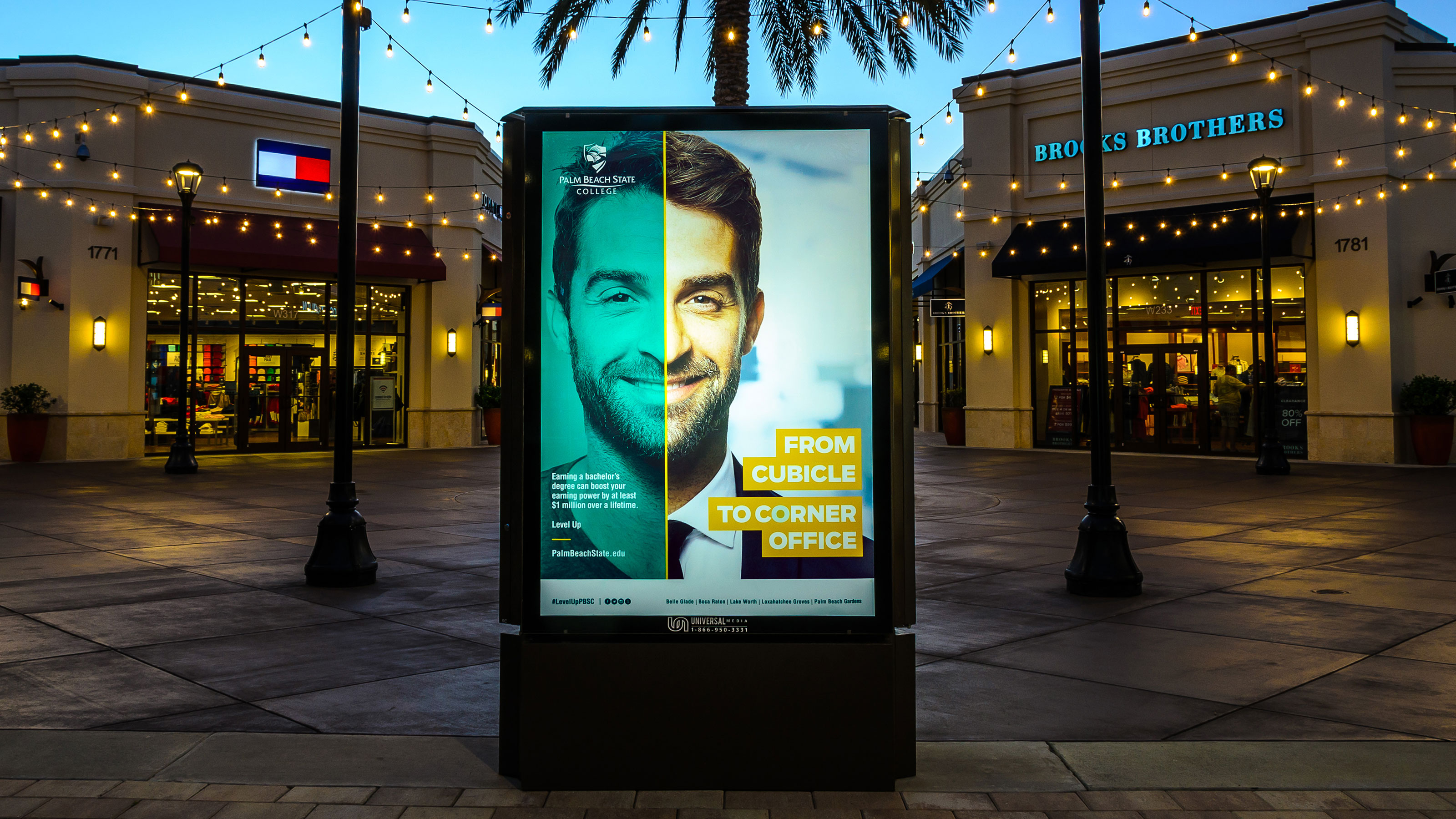 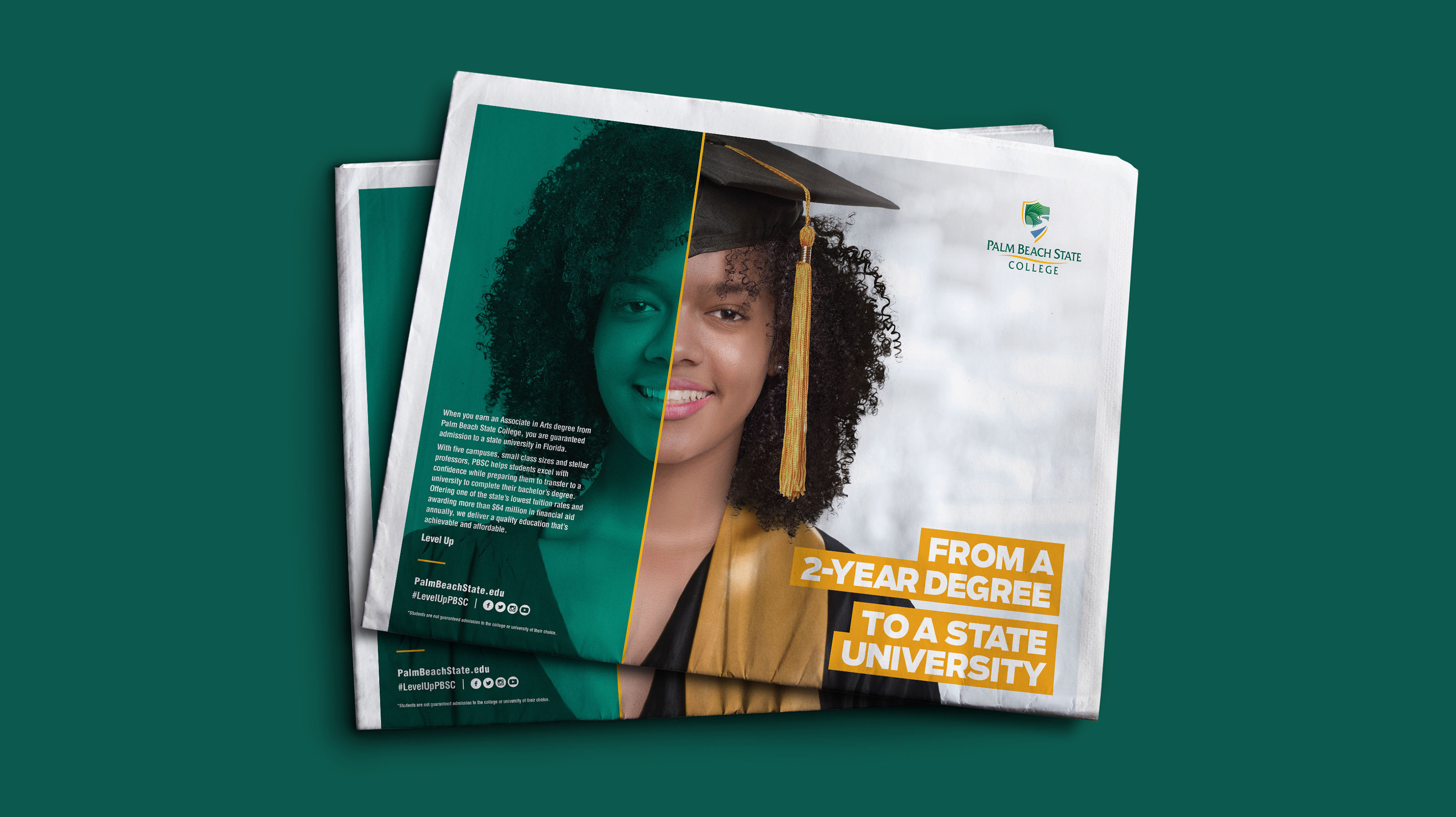 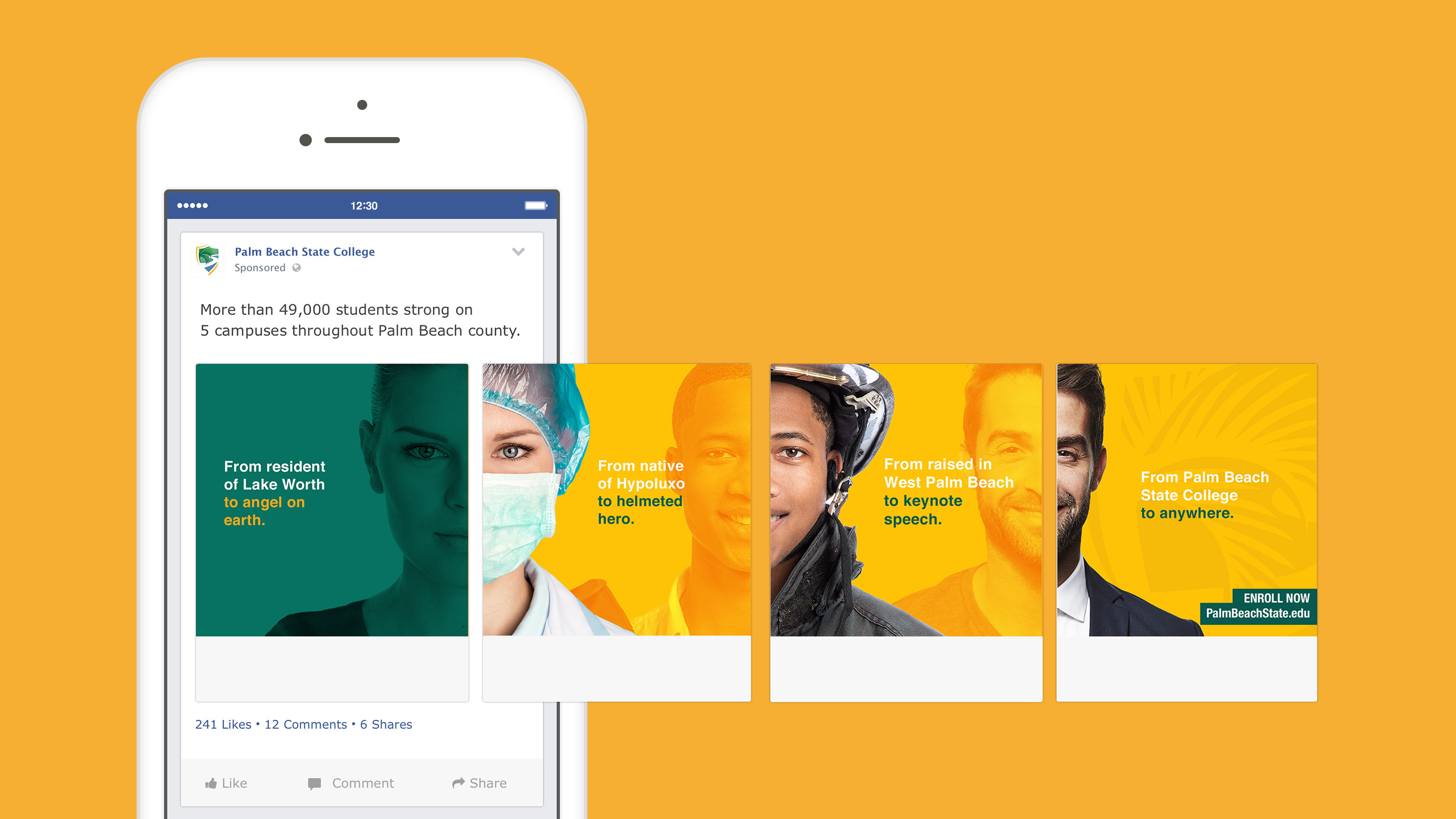 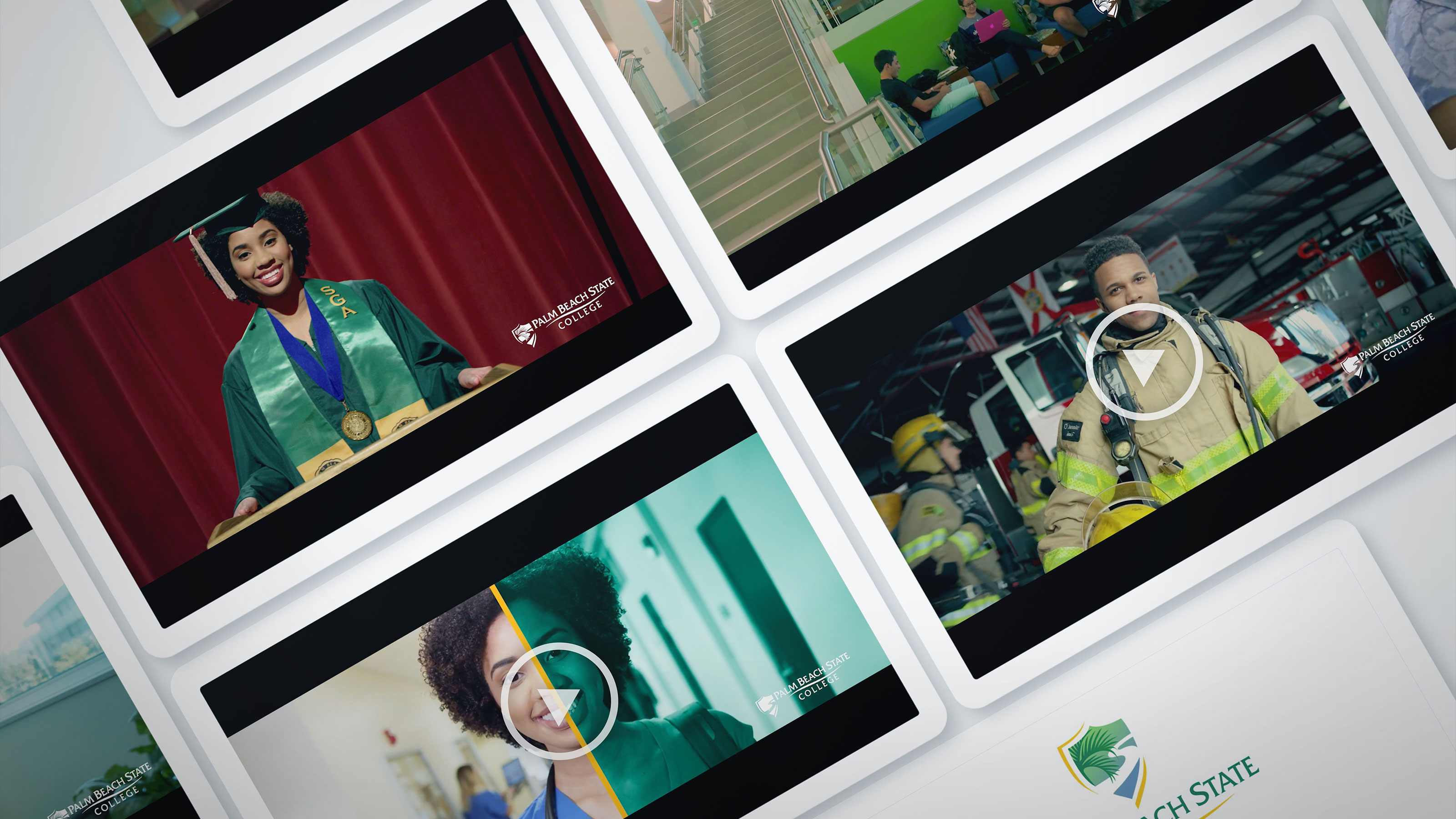 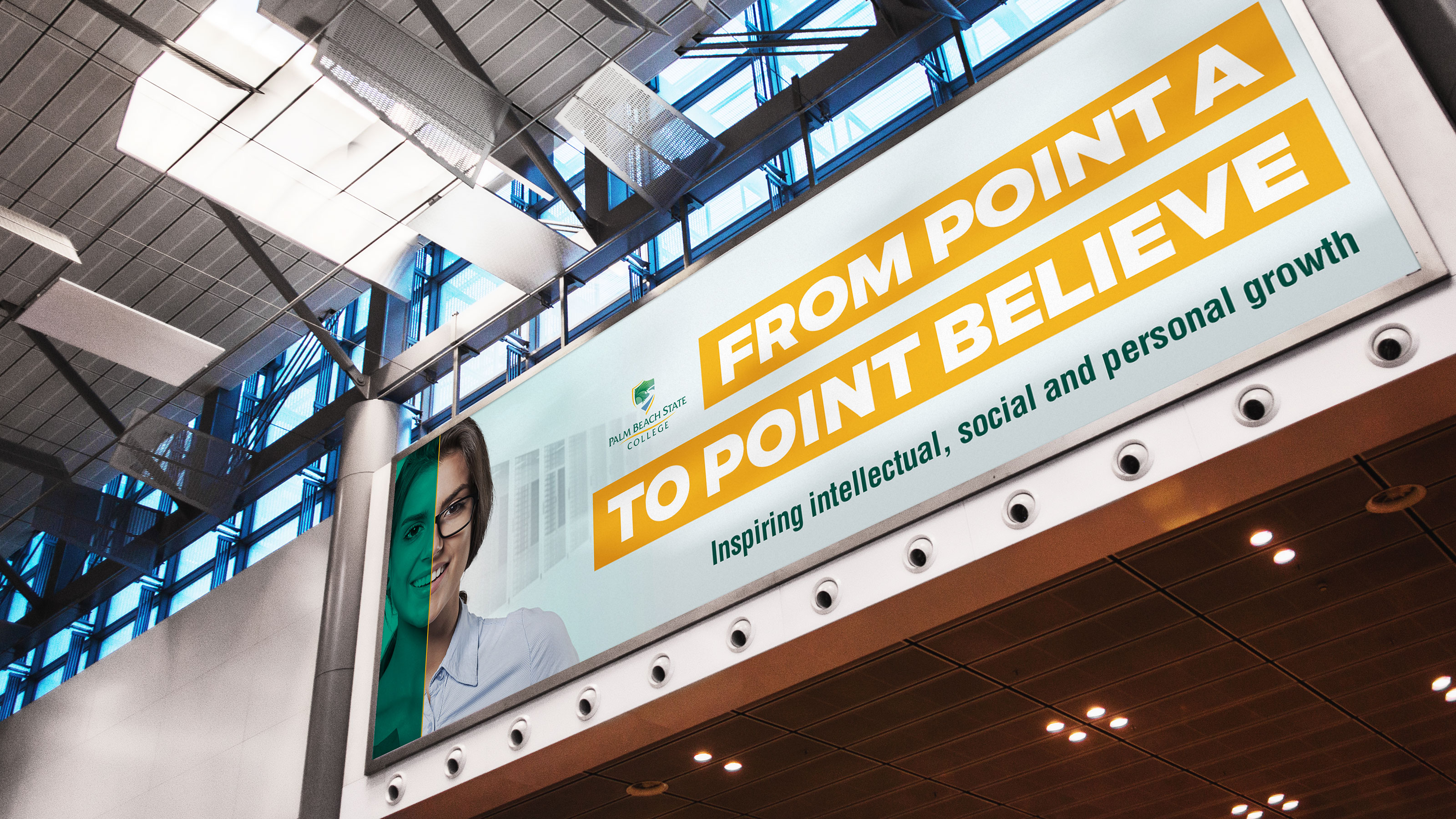 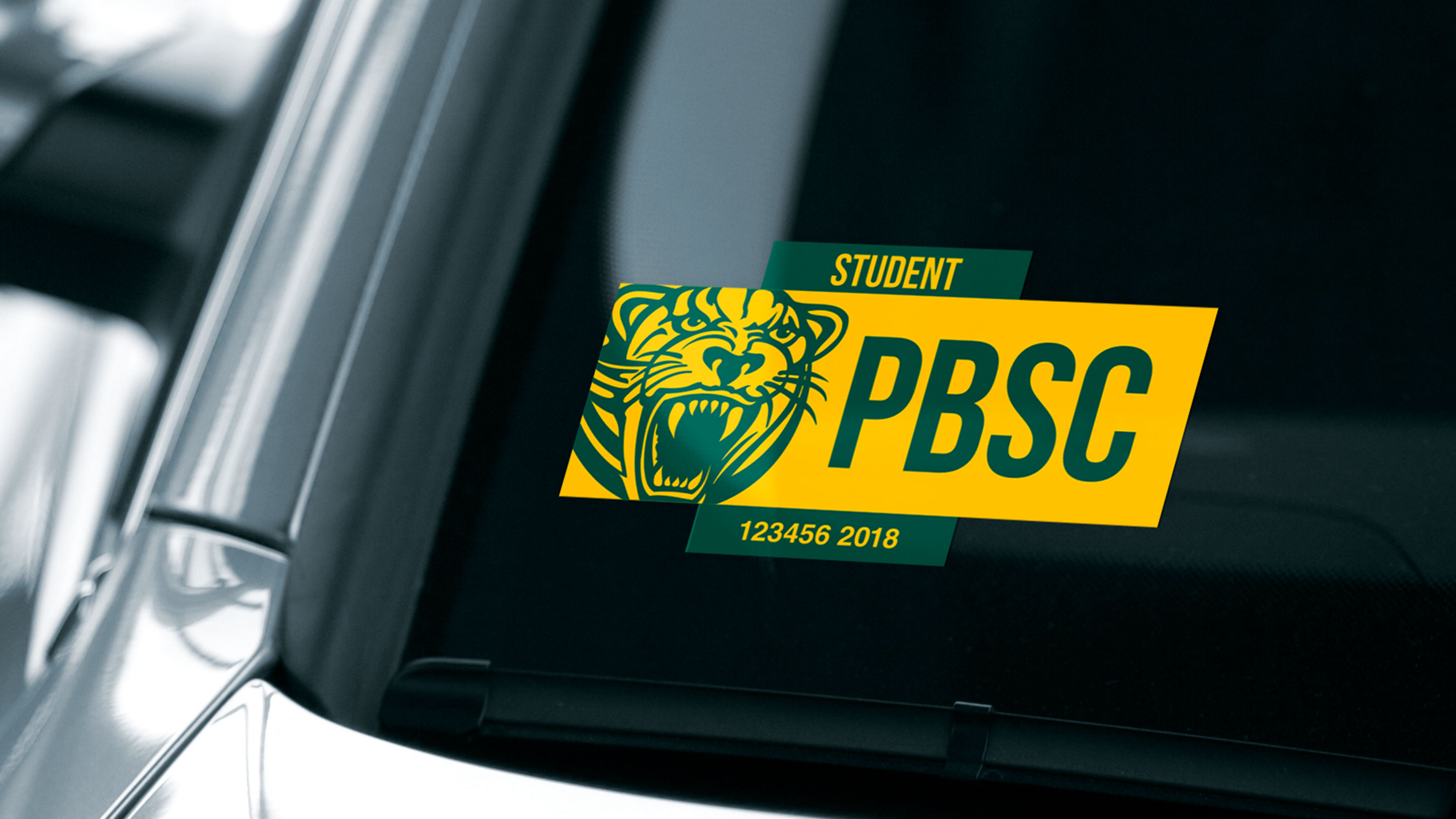 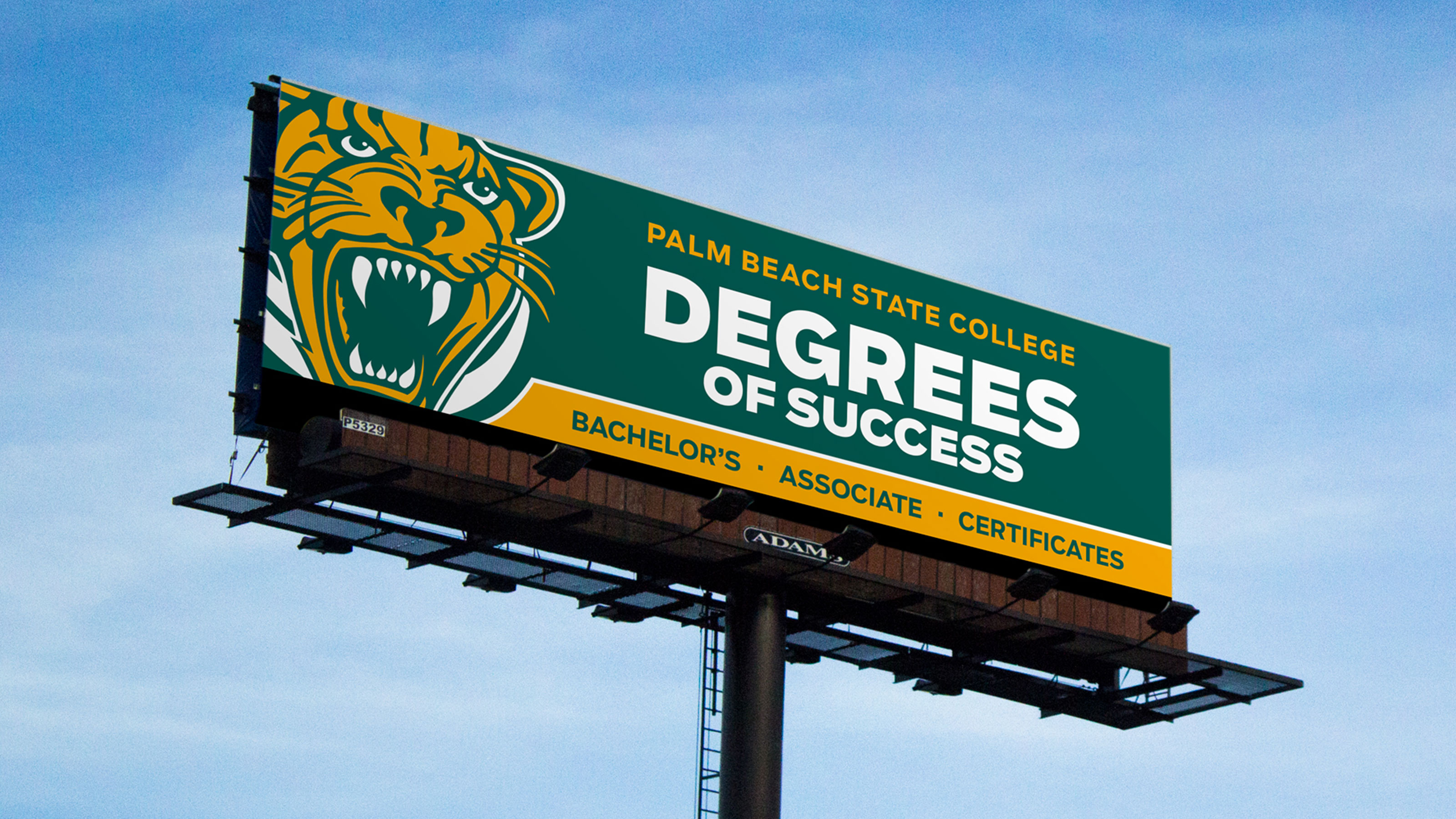