StratFest Spotlight 2021: How to Get an Idea to Spread Like a Virus 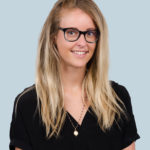 Cultural anthropologist Joshua Baze has spent the past 25 years exploring the intersection of culture, commerce and technology.

He has spent a lot of time studying memes across social platforms to understand the strategies for their success – ultimately using them as a benchmark for understanding how to get an idea or concept to catch on (as is the ultimate goal of strategists and planners across agencies when they are in the trenches of creative concepting).

A meme he explains, “Is a self-propagating unit of cultural transmission. A well-known term, first coined by Richard Dawkins in 1976 as the ultimate expression of social science.”

And his interest in internet memes peaked as he tracked a Bernie Sanders Reddit meme – first launched on Jan. 15, 2020 – that saw 549,461,962 reshares and iterations over the course of a year. Baze calculated that this meme was in fact five times more infectious than the novel coronavirus.

Baze’s meticulous studying of the Bernie Sanders meme and others led him to the top seven qualities to engineer ideas for engagement:

As the sharing culture becomes more dynamic by the minute, we must not only take into consideration these seven qualities, but also think of ideas in future state, being sensitive and conscious of how content could replicate, in order to ensure our ideas translate positively and powerfully.